So, I won this book through first reads (the page for giveaways on goodreads.com) and upon arrival it had exceeded my expectations and already had me impressed.
Through a screen it looks like an ordinary cover, if a little plain, but when I received it I realised across the bottom of the pages it had 'his days are numbered' along with a set of numbers which are to do with the book. I liked it already, but then again, I am quite the cover buyer (woops). 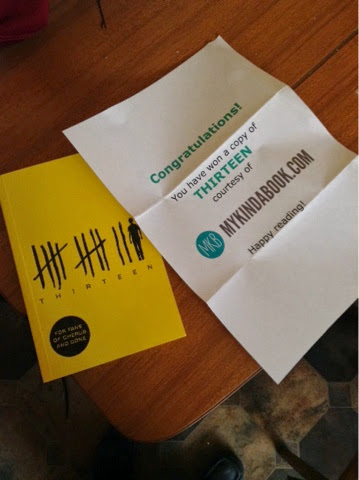 {I appologise for the state of the book in the upcoming pictures! make this be an example of why you don't read in the bath!) 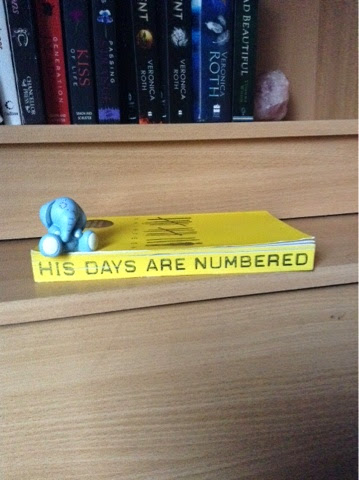 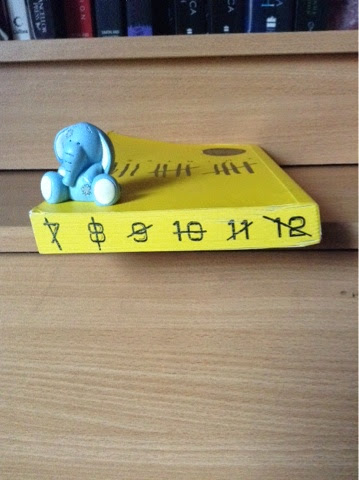 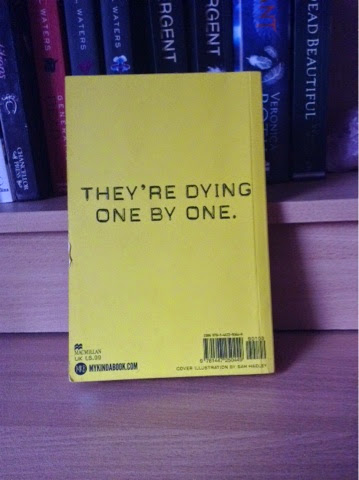 So, although I don't usually enjoy middle grade books, I delved in right away!
Summary:
Born at midnight in London, on the stroke of the new millennium, Adam is the target of a cult that believes boys born on this date must die before the end of their thirteenth year. Twelve boys have been killed so far. Coron, the crazy cult leader, will stop at nothing to bring in his new kingdom. And now he is planning a bombing spectacular across London to celebrate the sacrifice of his final victim: Adam.
I did enjoy this book although of course, the same as every other book I have read in my lifetime, it did have it's ups and downs.
I felt that the book on the whole could have benefited from the characters being older, as we see Adam, the main character, switch every so often from acting like the 13 year old boy he is, to acting like a 16 year old + and this became very confusing and held back the character development in the book. I also thought that it could easily become a YA book and perhaps be more suited to that age range, but maybe that's just me being selfish as I myself am in the YA category and would love to see this book aimed at an older audience.
At times I also became confused as the POV was changed multiple times with seemingly no order or structure to it, which, if it confused me, surely it would confuse someone of a younger age? But of course, that is just my opinion.
Overall though, it was an enjoyable read, filled with lots of action and suspense, with scenes that will make you gasp. I will most definitely look out for the sequel!
I would recommend this book to a 12+ age range, or if your like me an wanted to try something different you should definitely give it a spin.
***** 3.5/5 stars *****
Posted by Unknown at 12:12 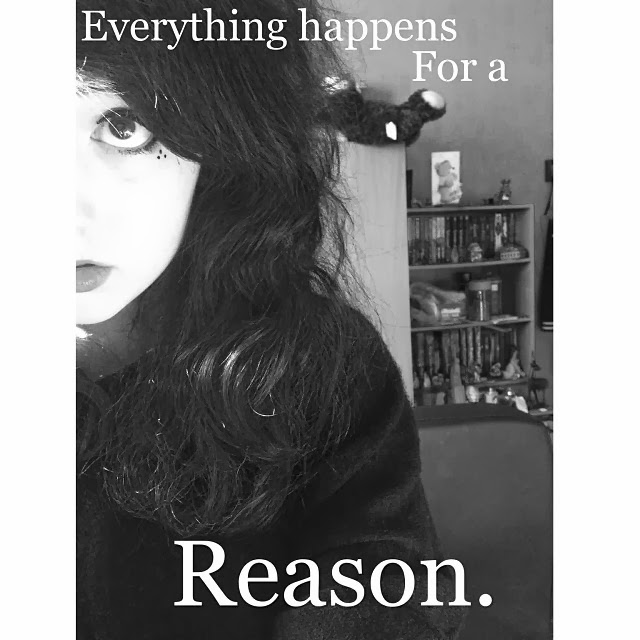